Which is Better? Positive or Negative Reinforcement

All Blog Posts, Psychology of Safety | 0

Positive and negative reinforcement was first discovered in studies about operant learning or conditioning. The term Operant Learning is rarely used in the safety field; however, the practice is widely used.  Behavior Based Safety is actually a form of operant learning.

Operant learning was first developed by B.F. Skinner and his work with pigeons. You’re probably more familiar with the work or Pavlov and the salivating dog experiment.  That was based off of the work of Skinner.

The idea is that subjects are rewarded following a positive behavior or punished following an unwanted behavior.  In Skinner’s experiments, when the pigeons pecked the correct dots, they got food; they pecked the wrong dots and they didn’t get food.  In some cases the animal would get an electric shock.

How this applies to safety

Although sometimes we may want to shock them into following safety rules, that is not how you apply this model to your program.

The focus of all safety programs is developing safe work practices and getting employees to follow them.  It is that last part that we struggle with more often and is the most difficult.  This is because we are actually trying to change behaviors.

Behaviors are so ingrained in people that changing them is difficult.  They are developed through that employee’s upbringing, experiences, and knowledge.  You are fighting years of influence to get them to change.

The studies on operant learning can be applied directly to safety.  By understanding how to use different reinforcers, you can get employees to change their behaviors for the good.

So many times, a manager’s first thought is – if the employee isn’t going to follow the rules, I’m going to write them up!!  What happens is a behavior change, but when measured, it is only for a short period of time.  On top of that – the disciplinary action actually takes longer to do (when you are timing how many minutes it takes), then the positive reinforcer when they are doing the behavior right.

Work Smarter, Not Harder.  Focus on the type of reinforcement that gives you the biggest bang for your buck and lasts the longest.  I’m not saying to ignore disciplinary action, but spend most of your time on positive reinforcement and your job is easier.

Let’s say that you are a worker and you’re not wearing your hearing protection.  Your supervisor comes up to you to correct the behavior.  There are a few approaches that can be taken.

The supervisor points out that you are breaking the safety rules and writes you up.

The supervisor points out that you are breaking the safety rules and has a discussion with you as to why it is important and why the rule is in place.

In both scenarios, you end up wearing your hearing protection; mainly because you were caught and corrected.  But one interaction focused on a positive outcome and the other was impersonal and harsh.  How would you feel about that supervisor and the situation following each of these events?

Reinforcement does not stop here.  Let’s say a few days go by and your supervisor is checking up on you to see if you are following the rules.  They find that you are and they thank you, giving you some praise for wearing your hearing protection.  Again, how would you feel about this interaction?

If you were just written up for this, more than likely you would feel like you were being watched and the supervisor was seeing if they could write you up again. This makes you resentful for having to follow the rule.

If you had a positive discussion about the situation, you would probably feel like the supervisor was looking out for you and your well-being. This makes you more likely to continue to follow the rule.

No – we are not talking dinosaurs here.  Extinction refers to when a behavior that used to happen, isn’t happening anymore.  The employee stopped following a rule they used to follow all the time.

Understanding extinction is also important in behavior change.  We have all seen this: you create a new improvement program, implement it, observe on it, and measure the results – everything looks solid, so you move onto the next project.  Three months later you look back at it, and its all fallen apart; that is extinction.

Therefore, you have to keep circling back and reinforcing things that you already focused on.  This is why doing observations over and over again works.  You may think, Worker Joe always does this right, why am I wasting my time – YOU’RE NOT!!!  You are preventing extinction.

I absolutely love the psychology behind safety behaviors and learning about all the background studies that resulted in the tools we use today.  Operant learning has been around for such a long time, well before Industrial Psychology was even a thing.  But by taking this information and applying it to our practices today, we can reap the benefits.

What about you?   Leave a comment below and let’s talk about your experience with behavior-based safety.  Also, I want to know what program do you consistently have to back again and again to reinforce?

Hi, I'm Brye (rhymes with sky)!  I am a self-proclaimed safety geek with two decades of general industry safety experience.  Specializing in bringing safety programs to a world-class level and building a safety culture, I have trained and coached many safety managers, just like you, on how to effectively manage workplace safety in the real world.   I would love to help you too.

Get started with my weekly newsletters:

#005 – Action Plan to Success and Smash Your Safety Goals 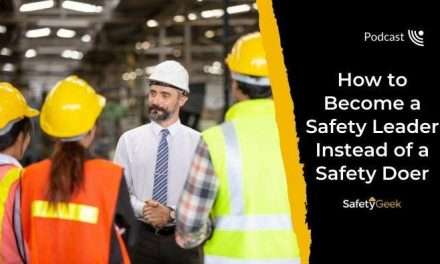