This is part two of this series on Proactive Safety Incentive Programs.  Check out part 1:  What You Need to Know About Employee Motivation and Incentives

You need to have a way to measure the effectiveness of the program.

Proactive safety incentive programs should be enticing and exciting.  You want the employees to want to participate.  If there is no excitement or break room talk about it, you are missing the mark.  If they don’t care about it, they won’t put in the effort to make the changes needed to make the program worth it.

THE PROBLEM WITH CASH INCENTIVE PROGRAMS

The problem with giving cash is that once they receive it as an incentive, it is hard to ever give them anything else.  You can never successfully transition to a lower amount or a different prize.

The employees will always remember what you used to do and they will spread that gossip to new hires.  It’s like a virus you can’t get rid of.

I worked for a company that 5 years earlier they had given $300 a month for being accident-free.  When they got rid of the incentive, they added the $300 to the employee’s salary; so, they never really lost it.  But, five years later every time we gave away a prize all we heard were massive grumblings about it not being like it was before.  They never forget – EVER!

Now, if you WANT TO GIVE CASH, if you are saying, Brye, you’re crazy.  All my employees want is cash.  Cash is easier to administer.  I don’t care about the long term, I need something right now.  There are ways to do it that work.

Studies have shown that variability to the amount you give has little effect on entitlement.  Such as $300 this year and then a significantly lower amount the following year; let’s say, $50.  This is then understood more as the incentive being attached to a measurable item and not just an arbitrary number.

Or, you can do one short term incentive at $10 for 10 winners and another at $50 for five winners.  So varying the incentive programs themselves and making them short term, also works to detach entitlement from the incentive.

One last thing – make sure you read the motivation section of this article.  You will see that it doesn’t take a lot of money to motivate simple tasks.  Many companies are wasting a ton of money trying to give more and more to motivate their employees.  You can give less and get the same result.

When you are starting to develop a safety incentive program, there are many things to consider.

HOW PEOPLE ARE MOTIVATED

I love reading studies on behavioral economics, behavioral psychology, and motivation.  It intrigues me, not just as a Safety Manager, but as a mom, how to motivate people to not take risks and follow the safest way to do things.  What is surprising is that humans are really not motivated by money.

Study after study has shown that we are actually motivated by Pride, Purpose, and Autonomy.

If this is true, then why do we see a spike in improvement when we implement an incentive program? Or, why do some programs work and others don’t?

The spike comes from the newness of the program.  It is something different.  We gravitate to the new thing.  But newness wears off without substance.

Incentives that work are for tasks that you can easily dangle the carrot from the stick for.  If you do this, you will get that.  If you make it more complicated than just a couple of tasks, the motivation to do it declines.  Studies have shown that you get the same level of motivation for a small amount of incentive as you do a medium one; larger ones tend to slow the work down as people start overthinking the task.

Incentives don’t work for the complex task either.  Tasks that take a lot of thought work to complete cannot be incentivized with a prize.  Employees need more pride, purpose, and autonomy to boost motivation. You may have heard of the candle and matchbox problem. This is an interesting study that shows an incentive can impede creativity and problem-solving skills.

This explains why incentivizing lifting properly, which is a complex task, doesn’t work.  But, incentivizes doing a warm-up before work, a simple task, does increase participation in stretching.

I am not against all incentive programs.  Here are my favorite kinds.

To help you out, I created a Safety Incentive ROI Tool you can download for free.

Use this on either your current incentive program or on the one you are thinking about doing.  It is really interesting to see if they are working as expected or if they are worth it.

That was my rant about safety incentive programs.  Now I want to hear yours.  What do you use? What do you like, what do you not like?  Leave a comment below and continue this conversation.

Hi, I'm Brye (rhymes with sky)!  I am a self-proclaimed safety geek with two decades of general industry safety experience.  Specializing in bringing safety programs to a world-class level and building a safety culture, I have trained and coached many safety managers, just like you, on how to effectively manage workplace safety in the real world.   I would love to help you too.

Get started with my weekly newsletters: 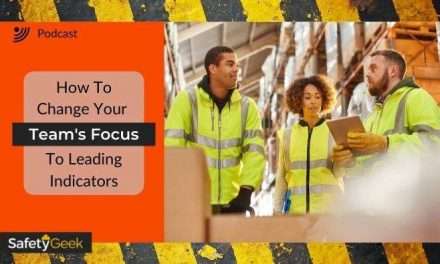 #066 – How To Change Your Team’s Focus To Leading Indicators

BBS is Simpler Than You Think – Here’s How